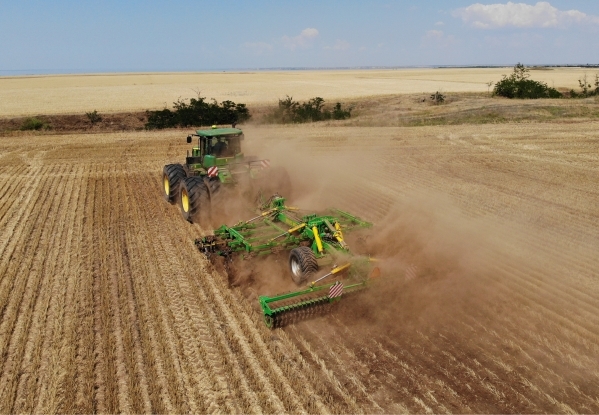 In order to prevent drying and cracking of the soil after harvesting, especially early cereals, and to achieve a uniform distribution of crop residues (straw) in the field, it is necessary to carry out Verti-till treatment diagonally.

This will not only retain moisture in the soil, but also accumulate it through the distribution of residues that eliminate overheating of the soil! This treatment due to vertical splits gives the necessary gas exchange, which concentrates oxygen, carbon dioxide, nitrogen and most importantly atmospheric moisture from the air due to the «dew point». At the same time it is possible to carry out also sowing of greens by the BIO-DRILL device.
As the practical experience of operation of units shows, agrarians gave a high estimation to these cars that is confirmation of high demand for them. This field operation can be both a full-fledged tillage and one of the elements of the Strip-till system!

Vertical processing increases the penetrating ability of the soil and accelerates the accumulation of humus, and the destruction of seals (plow sole) promotes the development of a healthy root system and provides plants with food and moisture under all conditions.

The direction of the action is directed strictly perpendicular to the soil. The principal difference from classical disc harrows is that mixing of plant residues with soil does not take place. There is a destruction of the root system, the surface is mulched, and plant and stubble remains remain on top of the surface.

They protect the soil from the sun, which contributes to the preservation of moisture. 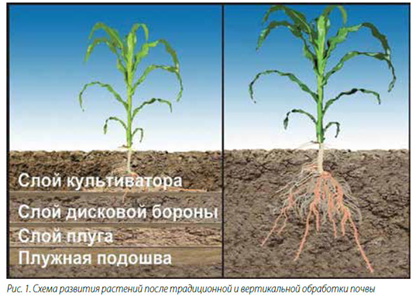 The main feature of this system is the absence in the soil structure of layers of increased density, which are formed with traditional «horizontal» processing after passing through various aggregates. The disc harrow, cultivator, plow and other aggregates leave behind layers of increased density that are at different depths (Figure 1). As a result, the roots of plants grow in the sides.

The absence of layers of increased density with vertical soil cultivation allows the roots to grow not in the sides, but deep. Therefore, such plants are more drought-resistant, receive more nutrients and generally have a much more developed root system, which ensures an increase in yields on all types of soils and all crops. 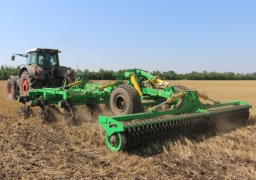 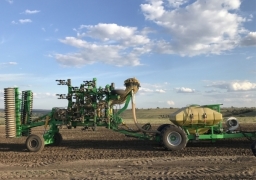 ZEUS 6 VT Universal disk harrow (Semi-mounted) with application of fertilizers
2 668 000.00 uah.
*Price is for orientation only
and don't include VAT 20% and discounts 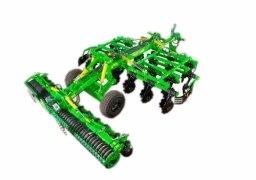 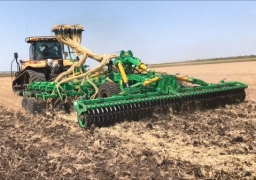 ZEUS HD Universal disk harrow (Semi-mounted) with application of fertilizers
2 025 900.00 uah.
*Price is for orientation only
and don't include VAT 20% and discounts
x